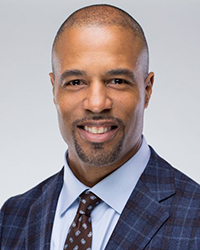 Frederick Brown is Learning Forward’s chief learning officer/deputy, where he leads the association’s business services and membership teams as well as overseeing program content for the Learning Forward Academy and conferences and institutes. Prior to joining Learning Forward, Brown served as a senior program office for the New York City based Wallace Foundation where he guided the work of several major grantees, including the Southern Regional Education Board; the Institute for Learning at the University of Pittsburgh; and the states of Ohio, Iowa, Wisconsin, Oregon, Kansas, and New Jersey.

Before joining The Wallace Foundation, Brown was director of the Leadership Academy and Urban Network for Chicago (LAUNCH), an organization whose mission was to identify, train, and support principals for the Chicago Public Schools. In 2005, LAUNCH was highlighted by the U.S. Department of Education as an Innovative Pathway to the Principalship.

Changing one’s own practice is a great first step!

Truly changing one’s own practice takes a focused commitment, and the support of a coach can significantly increase the likelihood of success. That’s one of the big takeaways from Learning Forward’s experience facilitating 33 Academy cohorts. As we reviewed the survey data from our most recent Academy graduates, we were pleased to read that close to 90% of them reported their practice becoming more effective as a result of the Academy experience.

At a School Leadership Preparation and Development Network Conference, Paul Manna talked about his recently released Wallace Foundation-commissioned study, Developing Excellent School Principals to Advance Teaching and Learning: Considerations for State Policy. Manna’s report addresses several questions, including: What can policymakers do to help ensure that schools have excellent principals and advance teaching and learning for their students?

The Learning Forward team had a very successful weekend in Toronto with our Academy cohorts, affiliates, institutes, and board meetings. Our Academy 2017 cohort got off to a great start, and many of the Academy 2016 members shared with us how much their learning is starting to gel. The affiliate leaders appreciated the choices of learning opportunities they had throughout the weekend, and several institute participants shared with me that the learning they experienced was both timely and impactful.

Is the school principalship a doable job? It depends

A few years ago, I attended a State Consortium on Educator Effectiveness meeting in Baltimore co-hosted by the Council of Chief State School Officers and Learning Forward. At the meeting, principals from across the country were asked, “Is your job doable?” Their answers were both passionate and poignant.

Are you learning forward or backward?

Followers of the Learning Forward blog know that we changed our name several years ago from the National Staff Development Council to Learning Forward. Later this year, we’ll reach the five-year anniversary of the new name. As I reflect on those years, I think about some of the learning I’ve seen in schools and districts that leads me to ask, “Are you learning forward or backward?”

Uninterrupted learning for all

As an elementary teacher in Elyria, Ohio, a small urban district about 30 miles west of Cleveland, I looked forward to asking my students the question all my teachers had asked me that first day of school: “What did you do this summer?”