How to adapt other people's practices and make them stick

By Andrew Hargreaves and Michael O'Connor

When we learn about an educational intervention that is inspiring, innovative, or appears effective, we often think our next step is obvious: Take it back to our schools or systems and replicate it. We may be so enchanted by the content of what we’ve encountered that we just charge ahead, forgetting all the other things we know about the necessary conditions for change, especially when we adopt an idea from elsewhere. That’s when many problems begin.

A practice that is seemingly perfect in someone else’s class or school can become a shadow of itself if you try to adopt it exactly as is, without considering your context. Professional learning communities, instructional rounds, learning walks, data teams, peer review, lesson study, and improvement science — you name it, and we’ll show you examples of how educators have misapplied them because they did not understand the conditions that enable success.

Although sometimes this is the result of a desire for a quick fix, more often it is the result of educators’ enthusiasm for learning and making a difference. When their efforts fall flat, they can feel crestfallen.

This situation is avoidable, however. Asking probing questions and digging beneath the surface are essential for understanding what makes a particular model of teacher collaboration (or other innovation) successful. To help educators engage in this kind of thinking, we have developed a model we call the four B’s.

As we looked across these settings, we found that particular designs for collaborating, like lesson study or teacher-led learning communities, seemed to work brilliantly in one culture or context but had features that might not work as well or in the same way in other contexts.

What would it take, we wondered, for these strategies to be just as effective elsewhere? What would we need to understand to take a collaborative practice from the Canadian wilderness, the forests of Colombia, the tower blocks of Hong Kong, or the forgotten small towns of rural America and successfully move it into a suburb or inner city? What would educators need to know, above and beyond the specific features of the collaboration method —because what you see isn’t self-evidently what you get?

We have summed up what educators need to know about the conditions for success according to four B’s: What was happening before, beside, beyond, and betwixt the collaboration. When we encounter and examine any new practice, as well as noting things about the practice itself, we also need to learn what happened:

Let’s look at these four B’s in action in two different examples of collaborative professionalism.

Drammen Elementary School in Norway is less than an hour’s train ride outside Oslo. When we walked around the schoolyard, we spied a simple but innovative design. Two young girls were sitting on a stone bench. “That’s our friendship bench,” Principal Lena Killen explained. “If a child has no one to play with, they sit down there and someone else will come and play with them.” How beautifully simple. “Why couldn’t every school everywhere have one of these?” we thought.

When we got home, an item on U.S. National Public Radio was devoted to this very issue — the introduction of “buddy benches” in American schools (Cimini & Howard, 2017). To our surprise, the reviews were not all positive. In some schools, one commentator noted, buddy benches marked children who sat on them and made them targets for bullying. An anti-bullying invention in Norway could actually incite bullying in the U.S. The bench was the same, but what went on betwixt the cultures in each of the two societies was quite different.

If simple benches can have different meanings in different places, this is even more true for complex organizational designs. At Drammen, the school has adopted the cooperative learning strategies of U.S. psychologist Spencer Kagan. Students cooperate in multiple structured ways through carefully designed group processes to pursue learning and achievement together.

The school uses these strategies not only with the children, but also among the staff. Teachers share and commit to expanding the range of strategies they use in their classes. They get involved in understanding and shaping the big picture of where their school is headed. And they look collaboratively at student achievement data to identify patterns. For example, they found that, contrary to a national trend, the girls were performing less well than the boys.

Sometimes, the staff work in carefully designed subgroups of mixed age, experience, and specialist expertise. At other times, they will snake around the room as if they are in a game of musical chairs until they are signaled to stop and work with whoever happens to be around them. The system seems very impressive, so why shouldn’t observers who witness this awesome design go back and implement it in their own schools right away?

Well, the design works in building positive and engaged collaboration not just because it’s a brilliant design, but also because of the four B’s that surround it:

All of these factors likely impact the effectiveness of the cooperative learning structures in a positive way. If the conditions were different, the implementation and outcomes might be different. Consider, for example, what might happen if the cooperative learning structures were used in a school where there is a new principal, no history of collaboration, no scheduled time to collaborate, or an obsession with standardization and test scores and a lack of time for building relationships outside the building as well as inside it.

As another example, consider the four B’s in a network we facilitated of rural schools in economically disadvantaged communities. Teacher isolation is a major hindrance to school effectiveness and student achievement, and the problem is especially acute in rural communities. There may be only one teacher per subject or grade level, and staff members feel they have to be a Jack or Jill of all trades. As one teacher we worked with put it, “It’s hard to collaborate with yourself.”

Over five years, with colleagues from Boston College, we have collaborated with the Northwest Comprehensive Center at Education Northwest to develop a network among educators in rural and remote schools in five Pacific Northwest states. Many of these communities have high levels of poverty and face other challenges exacerbated by being isolated from other communities and resources.

Because of the unique nature of every rural environment, the problems of educational equity for rural schools cannot be resolved simply by exporting solutions that have worked in urban school reform. So we worked collaboratively with state education agency representatives, then principals and teachers, to co-design and then steer an evolving network that suited rural contexts and that now comprises 32 schools in total (Hargreaves, Parsley, & Cox, 2015).

At the core of the network, teachers plan curriculum collaboratively, twice a year in person and online in between, with job-alike colleagues from other schools. They shared each other’s ideas, and they challenged them, too. Teachers were engaged and appreciated the collaboration.

After a while, not only were teachers collaborating, but their students were, as well. Danette Parsley, chief program officer at Education Northwest who played a major role in initiating the network, described how the English language arts group first developed its planning work into a combination of sharing resources and designing some lessons.

“Not too far into it,” she said, “they realized, ‘Wait a minute. Instead of us just designing lessons together, why not get our kids involved?’ ” So high school students across schools started to peer review each other’s writing, saying that it was actually easier to give honest feedback to students far away than ones who sat next to them in class.

The result was that, according to teachers in the English language arts group, students’ writing became more authentic and argumentative as the students debated the pros and cons of using drones in the military or agriculture and presented their assessments of 1:1 devices in schools to local politicians.

As one student reported, he made intentional language choices in his writing when directed to the state representative on a topic he cared about because “I thought I could be heard.” Teachers weren’t isolated anymore, and students had their eyes opened to a world beyond their own community.

The network was really buzzing and continues to thrive. So why wouldn’t another system or other project leaders want to come in and copy it exactly as it is? Well, if they did, in addition to describing how the network has been designed, we’d also need to explain to them that:

If anyone looked at a snapshot of the network and missed all that happened to bring it to this point or all the things going on behind the scenes, they might have tried to adopt the model in another setting with little success. For example, if school leaders set up the operations for a new network, failing to understand that teachers in our network had co-constructed it, they might have failed to build professional investment and incurred teachers’ disapproval later on.

Being alert to the four B’s may make all the difference when you are working to adopt a new practice in your own school. If you look at lesson study in East Asia, as we did in Hong Kong, expect that interactions will be much more formal, structured, and even strict than in the U.S. or Canada, for instance.

And if you watch teachers collaborate in rural Colombia, you need to see that animated political, professional, and social conversations are all intertwined with each other, in ways that may not mesh so easily with cultures elsewhere.

As you engage with and then reflect on new practices and how they might work for you, consider the guiding questions in the figure on p. 55. Engage with these four B’s of professional learning and you will understand and implement everything you try to adopt and adapt with greater depth and more success because it will fit your own culture and community.

Andy Hargreaves (hargrean@bc.edu) is research professor at Boston College and visiting professor at University of Ottawa, Canada. Michael T. O’Connor (moconn29@providence.edu) is director of the Providence Alliance for Catholic Teachers at Providence College.

Listening is a powerful tool to disrupt inequity 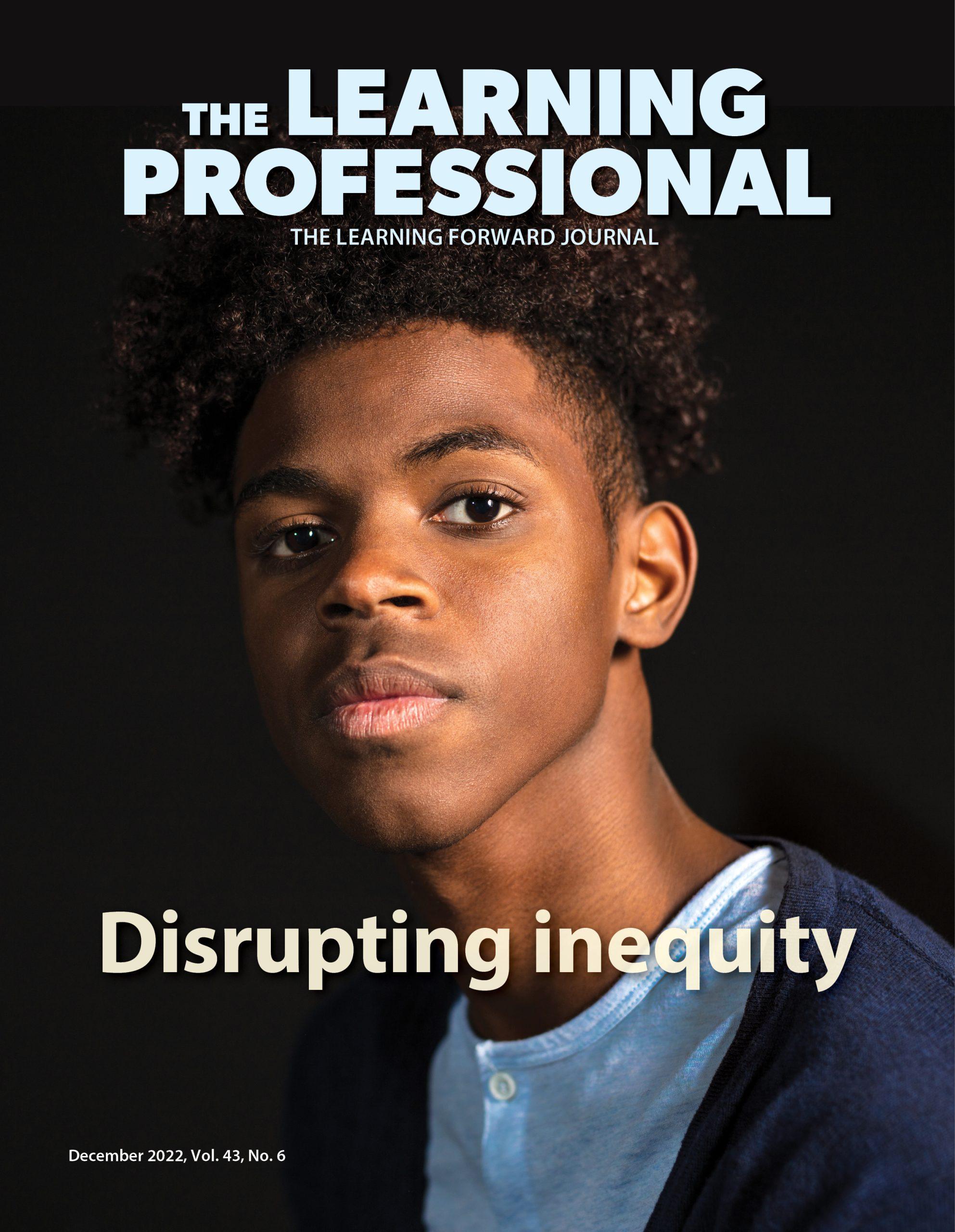 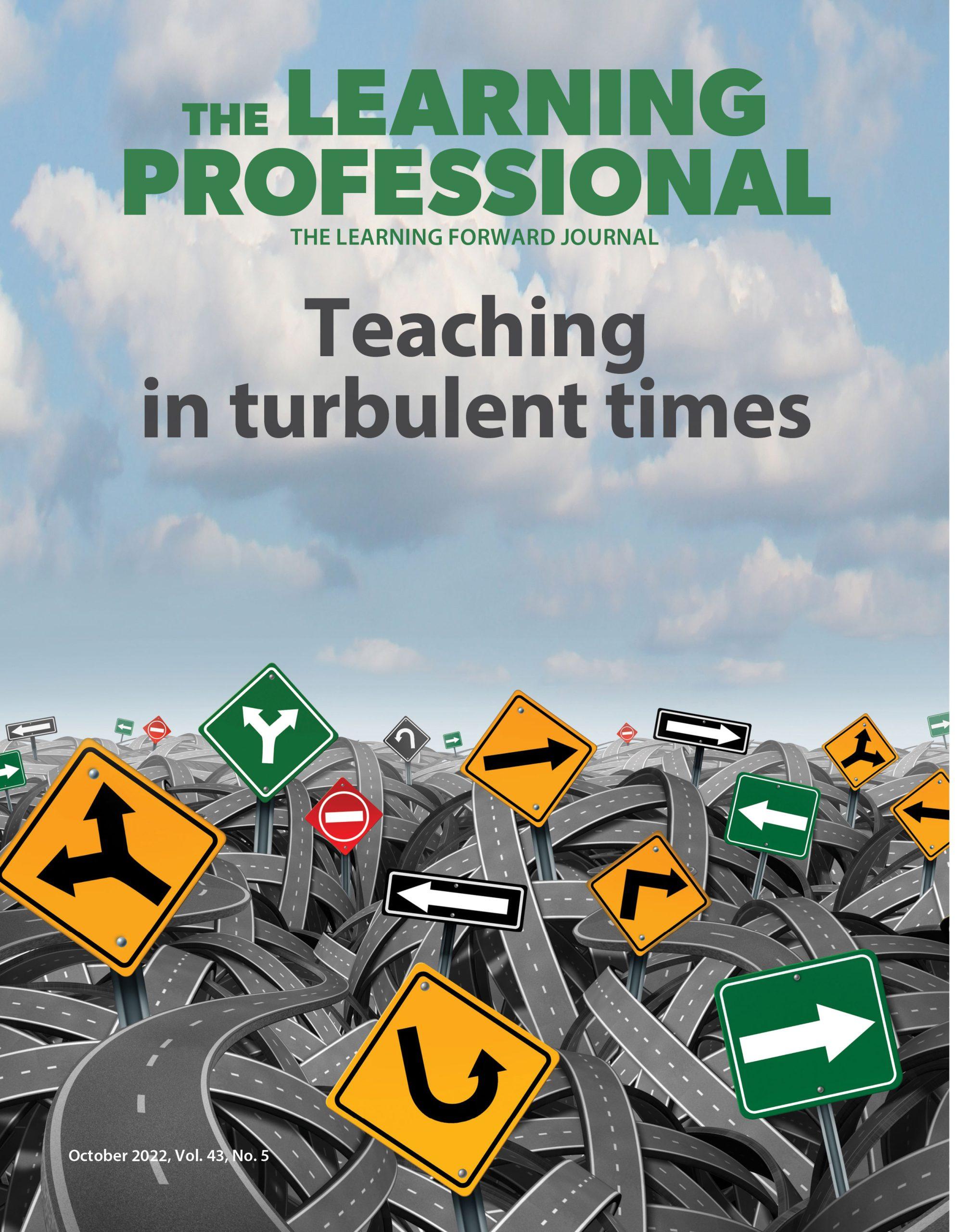 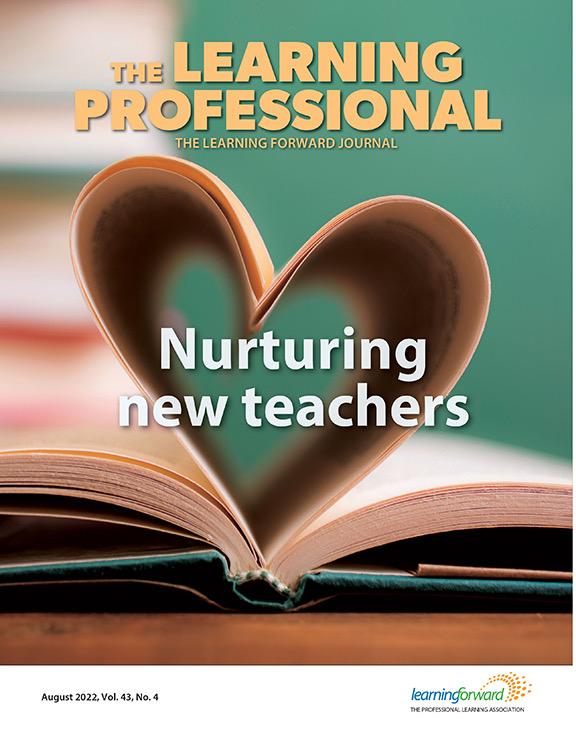 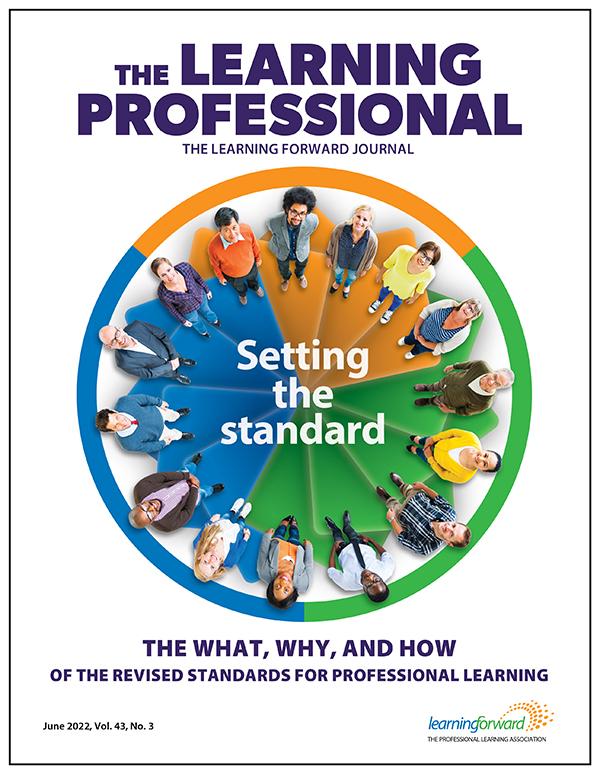 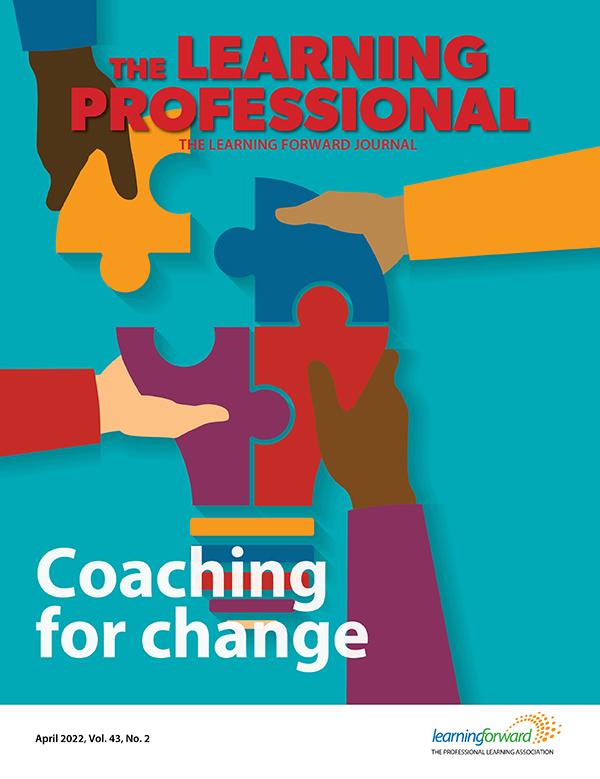