Honoring the legacy of Shirley Hord 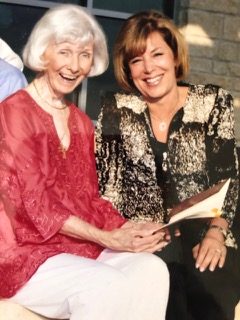 At the moment of our departure

Neither silver nor gold nor precious

Only learning and good deeds.

On Tuesday, our dear friend and colleague Shirley Hord passed away following complications from a stroke six weeks earlier. Up until the very end, Shirley lived life on her terms. At age 90, she told many of us she was grateful for living a rich and productive life and that she was ready for what came next.

Shirley was known to many as a prolific writer, scholar, and researcher. She spent much of her career associated with the University of Texas and the Southwest Education Development Laboratory. Her seminal research focused on implementing change in schools and professional learning communities. Her later work focused on professionalization and professional development standards. Too few educators are aware of the impact of her research and the impact it continues to have on the field today. Shirley was only ever concerned about having an impact on students through her work rather than recognition for her own considerable contributions and achievements.

Shirley and her dear colleague Susan Loucks-Horsley (who preceded her in death) were the lead faculty for the second graduating class of the NSDC Academy. That experience led to an almost 30-year romance between Shirley and NSDC/Learning Forward, that ended with her appointment as the organization’s Scholar Laureate upon her retirement from SEDL. Shirley served as the research advisor on several editions of the Standards for Professional Learning and she oversaw the development of the Standards Assessment Inventory. She co-chaired the Evaluation Committee for the Learning Forward Foundation. She mentored all members seeking help with dissertations. She reviewed, edited, wrote, and supported countless documents, papers, articles, and books for Learning Forward. Most recently she allowed her name to be associated with the Learning Team Award (co-presented by Corwin) on the condition that she review the submissions and certify they represented the high standards she held for professional learning communities.

Most importantly, she helped each one of us who had the honor of collaborating with her become deeper thinkers, better communicators, and deliberate planners. We took lessons from how she planned for each stage of her life, her intentionality with the selection of words and themes, and her lack of patience for taking shortcuts on the important work we committed to do. There probably isn’t one of us who knew her well who doesn’t remember a stern lecture if we compromised or oversimplified when writing or speaking about the complexity of change and intentionality of learning in professional learning communities. She was our guiding star.

Stephanie Hirsh retired in June 2019 after 31 years with Learning Forward. Hirsh led the organization as its executive director for the last 13 years where she presented, published, and consulted on Learning Forward’s behalf. She has written many books, including A Playbook for Professional Learning: Putting the Standards Into Action, co-authored with Shirley Hord. 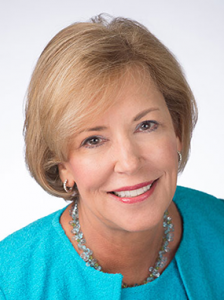 Stephanie Hirsh retired in June 2019 after 31 years with Learning Forward, an international association of more than 13,000 educators committed to increasing student achievement through effective professional learning. Hirsh led the organization as its executive director for the last 13 years where she presented, published, and consulted on Learning Forward’s behalf across North America.