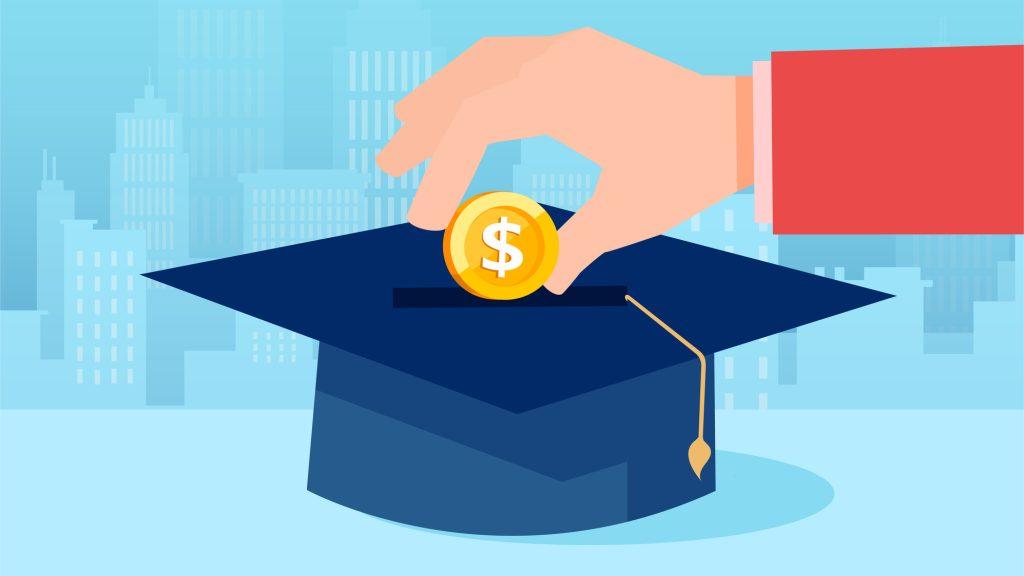 On March 28, President Biden released his FY23 proposed federal budget, and the news was decidedly mixed for education, with Title II-A sustaining a net cut of $21 million. Muddying the waters on funding levels is the fact that the FY23 budget figures are based on FY21 funding levels, not on the recently completed FY22 Omnibus Appropriations Act’s final program levels. As a result, many programs (like Title II-A) that the budget claims to increase would actually receive net decreases.

The President’s budget allocates $2.149 billion to Title II-A, which is intended to be a $6 million increase over the final Fiscal Year 2021 figure but is actually a $21 million decrease over the FY22 final appropriations. While disappointing, it is important to note that Title II-A’s situation is not unusual in the FY23 proposed budget. Other than Title I and IDEA, most medium and small-sized K-12 education programs received either flat funding or minimal increases in the FY23 budget which become net cuts when compared with the final FY22 appropriations numbers.

The reason for these low funding levels for so many K-12 programs, even as the President proposes a nearly $12.4 billion increase over FY22 for the Department of Education overall, is that the President’s budget focuses massive increases in three areas:  Title I (plus $19 billion), IDEA (plus $2.9 billion), and mental health (plus $1 billion). As a result, there is very little money left for other K-12 education programs, including Title II-A.

We do not expect Congress to agree to funding cuts for any K-12 programs when it prepares its FY23 funding bills. Indeed, the Department of Education has insisted in public meetings that it will not be advocating cuts in any K-12 programs even though the President’s budget – if passed as written – would lead to such reductions. We expect Congress will hear this same message directly from Secretary Cardona when he testifies – probably later this month or next month – before House and Senate Labor HHS Education Appropriations Subcommittees on the FY23 Budget.

Below is a chart showing how key K-12 programs fared in the President’s FY23 budget, the FY21 Omnibus Appropriations Act and the FY22 Omnibus: 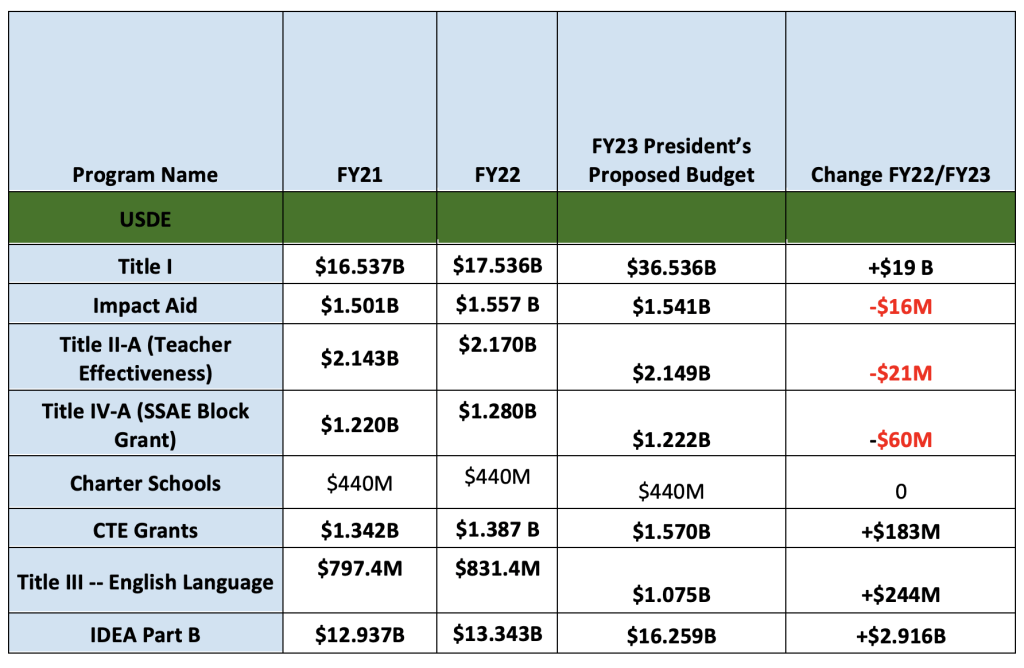