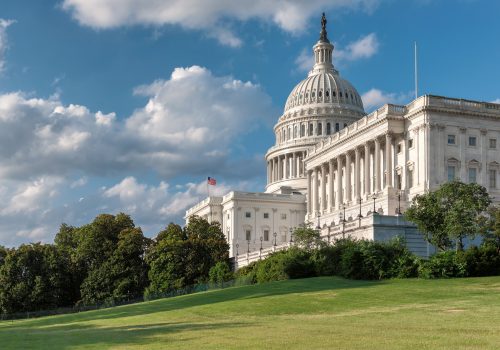 With school already in session in some places and most schools commencing in a few weeks, it is hard to believe that Congress and the Administration remain stalled in negotiating another COVID-19 Relief bill that is supposed to focus on education. After days of apparently fruitless talks, House Speaker Nancy Pelosi (D-CA), House Minority Leader Chuck Schumer (D-NY), and White House officials reportedly are far from clinching a final deal. They appear to be hung up on extending unemployment insurance, providing economic relief directly to states and localities, and how much to provide K-12 schools. They are also struggling with the overall amount of spending as Democrats push for $3 trillion in relief spending and Republicans seeking to cap it at $1 trillion.

K-12 spending is proving to be a particularly nettlesome issue in these negotiations with the House and Senate bills diverging greatly. Back in May, the full House approved a $3 trillion COVID-19 Relief package – the HEROES Act – which would provide $58 billion in additional COVID-19 relief funds for K-12 schools and $1.5 billion specifically for remote learning. In July, Senate Majority Leader Mitch McConnell (R-KY) introduced his version of COVID-19 Relief legislation, called the HEALS Act, which included $69.7 billion for K-12 schools and aimed to encourage schools physically reopening. Specifically, the HEALS Act would require that only those K-12 schools that reopen physically 50% of the time for at least 50% of students would be eligible to receive two-thirds of all K-12 funds provided. A second issue for Democrats is the bill’s requirement that up to 10% of all K-12 funds flow directly to private schools. Finally, nearly all education groups object to the HEALS Act omitting separate funding for remote learning despite the fact that the vast majority of students will be attending school online for some or all of this coming school year.

Learning Forward has joined with its allies in Washington to support a higher overall spending figure — $175 billion – in order to allow K-12 schools to reopen safely. We would also like to see a separate line of funding for professional learning in remote learning delivered online. Neither HEROES nor HEALS would provide funding at the $175 billion level; neither bill contains a set aside for professional learning. Additionally, Learning Forward supports between $4 billion and $5 billion in dedicated funding for schools to purchase hotspots, computers, and home Internet access so that students can continue to learn at home if school authorities mandate remote only or hybrid learning this fall. We will continue to advocate for those priorities as negotiations continue and, hopefully, finally complete. 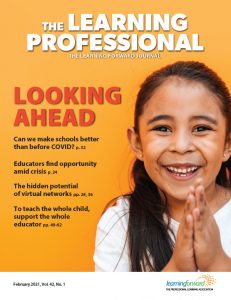