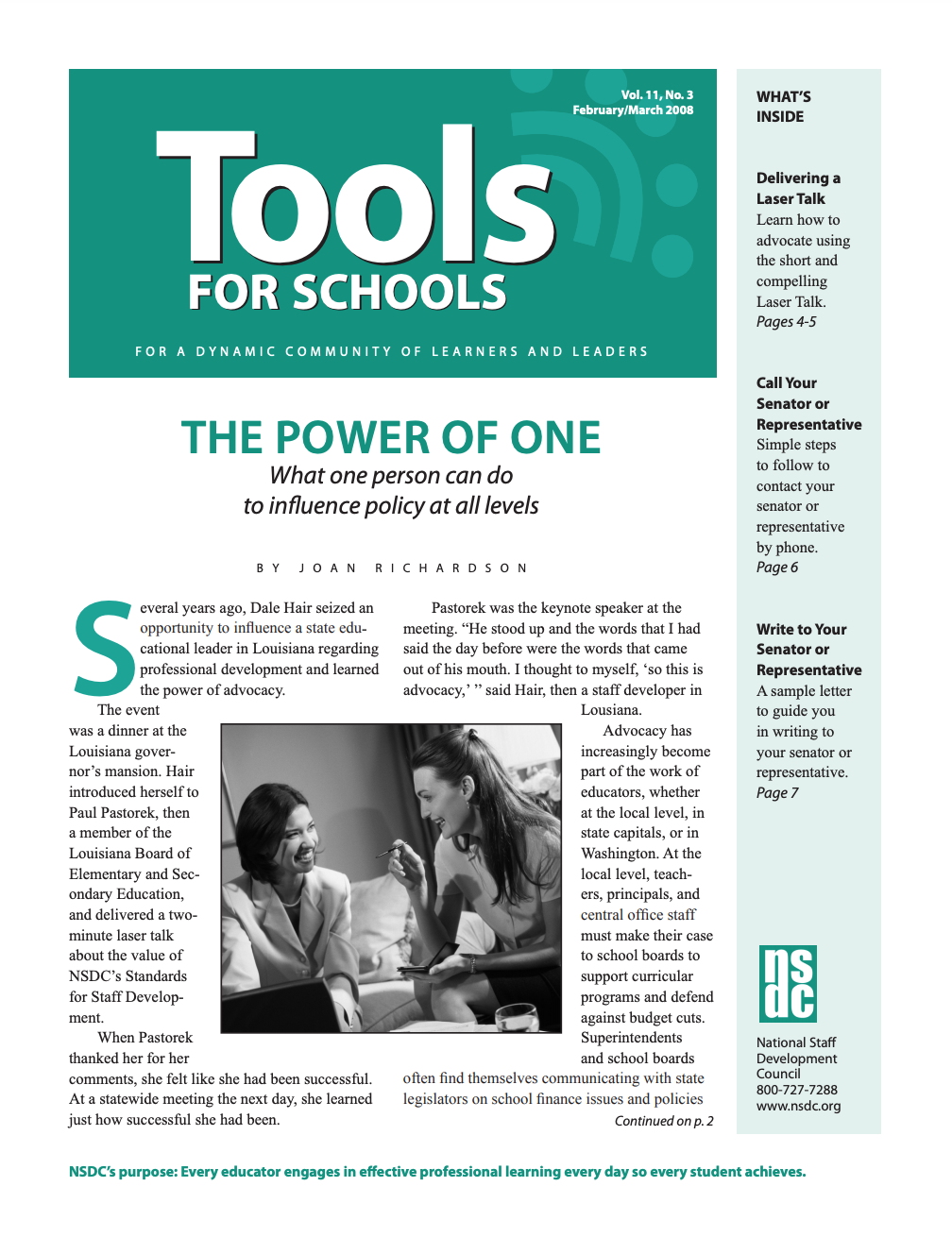 The power of one: What one person can do to influence policy at all levels

Several years ago, Dale Hair seized an opportunity to influence a state educational leader in Louisiana regarding professional development and learned the power of advocacy.

Learning how to speak powerfully about our issues is one of the most important tools in an advocate’s toolkit. This format was created by Results, an organization devoted to eliminating world hunger, to enable its volunteers to create powerful “laser talks,” short and compelling talks that are the backbone of their work. Laser talks can be used during chance encounters with policymakers at any level, during phone calls with legislators, and in meetings with newspaper editorial boards.

Call your senator or representative

NSDC is trying to build support for passage of Senate Bill 1979 and encourages NSDC members and other educators to call your members of Congress and urge them to support S. 1979 and stress the importance of including it in the NCLB reauthorization.

Write to your senator or representative

Write to your senator or representative and urge him or her to support S. 1979 and stress how important it is that it be included in the NCLB reauthorization