Menu
Board of Trustees // Bylaws

Learning Forward’s purpose is to build the capacity of all educators to create and sustain high-quality professional learning to improve outcomes for all students.

Membership is open to all persons or organizations that support the purpose of the corporation and pay any required dues to the organization.

The annual meeting of the membership shall be held at such time and place as designated by the Board of Trustees. Members shall be notified at least thirty (30) days in advance.

Any notice of a meeting or election to members given by Learning Forward, and any notice whatsoever required to be given under the provisions of these Bylaws to any member, Director, officer or committee member for any other reason, may be given in writing by mail, or by telegraph, telex, cable, wireless, facsimile, e-mail or other electronic mail, or any other means of electronic transmission (referred to below as “being given by the use of authorized communications equipment”), addressed or transmitted to such person at such address as appears on the books and records of Learning Forward, or by publication on the Learning Forward website, or in any manner permitted by applicable law. Any notice to be given by the use of authorized communications equipment shall be deemed to be given at the time the notice is successfully transmitted to the person entitled thereto or published on the website. Any notice required or permitted to be given by overnight delivery shall be deemed to have been given at the time notice is delivered to the overnight delivery courier service, addressed to the person entitled thereto at his or her address, as it appears on the books of Learning Forward. An affidavit of the Secretary or other officer or agent of Learning Forward that a notice has been given by a form of electronic transmission shall, in the absence of fraud, be prima facie evidence of the facts stated therein.

Each member entitled to vote for Trustees or in other matters will be entitled to one vote. At any meeting of the members, every member having the right to vote will be entitled to vote in person or by ballot or proxy in a form approved by the Secretary. As permitted by Section 1702.20 of the Revised Code of Ohio, voting at elections and votes on other matters may be conducted by mail or by the use of authorized communications equipment. A vote through the use of authorized communications equipment or a photographic, photostat, facsimile, or similar reproduction of a vote or writing by the member will be treated as a vote and/or execution in writing. Any e-mail or electronic transmission must contain or be accompanied by information from which it can be determined that the transmission was authorized by the member.

The Board of Trustees shall have the authority to appoint one to two members to the board as needed to address strategic priorities. At no time will appointed board members exceed one-third of the total number of trustees.

Upon election to the board, members shall serve one term of three years unless elected to the office of president, in which case, said member’s term shall be automatically extended by three years from his or her date of election in order that said member may serve three successive one-year terms as president-elect, president, and past-president, respectively.

No one shall serve more than two terms on the board and said terms of office shall not be successive in nature. An individual who has completed one term on the board may be elected to serve a second term on the board as long as two or more years have lapsed since the expiration of his or her first term of office.

The Board of Trustees shall have a simple majority of individuals employed in pre-K-16 education. This definition of employment is determined at the time of official candidacy.

A quorum of 50% is required to conduct Board business. The Board of Trustees will use consensus or a simple majority vote of Board members present in person or via authorized communications equipment to take action on Learning Forward business.

The President or any two trustees may call meetings of the trustees. Notice of the time and place of each meeting shall be given at least two (2) days before the meeting, by personal delivery, mail, over night delivery service or by means of authorized communications equipment.

Subject to the provisions of applicable law and these Bylaws regarding notice of meetings, members of the Board of Trustees, or members of any committee designated by the Board of Trustees, may, unless otherwise restricted by statute, by the Articles of Incorporation of Learning Forward or by these Bylaws, participate in and hold a meeting of such Board of Trustees or committee, as the case may be, by using conference telephone or similar communications equipment by means of which all persons participating in the meeting can hear each other, or by using any other suitable electronic communications system, including video conference technology or the Internet (but only if, in the case of such other suitable communications system, each member entitled to participate in the meeting consents to the meeting being held by means of that system, and the system provides access to the meeting in a manner or using a method by which each other member participating in the meeting can communicate concurrently with each participant). Participation in such a meeting pursuant to this section shall constitute presence for quorum purposes and presence in person at such meeting, except where a person participates in the meeting for the express purpose of objecting to the transaction of any business on the ground that the meeting is not lawfully called or convened.

The Board of Trustees shall have the power to establish and appoint committees.

The standing committees of the Board of Trustees shall consist of the following:

It is the duty of the Nominating Committee to conduct and supervise the process of the election of trustees and officers to the Board including the solicitation and research of suitable candidates, the preparation of the slate of trustees to be approved by the Board for election by the members, and the nomination of officers for approval by the Board.

The President, President-Elect, and Past-President shall be officers of the corporation and shall comprise the board’s executive committee.

The duties shall be as outlined in a policy manual adopted by the Board.

Any officer may be removed with or without cause by the Board. If any office shall become vacant by reason of the death, resignation, removal, or other cause, the Board may elect a successor to hold such office for the unexpired term thereof. In case of the absence of any officer of the corporation from his or her duties, the Board may delegate, on a temporary basis, the powers and duties of such officer to any other officer or to any trustee, except where otherwise provided by these Bylaws or by statute.

Indemnification of Trustees and Officers

The corporation shall indemnify any Trustee or officer, or a former Trustee or officer, or any person who is serving or has served at the corporation’s request as a Trustee or officer against expenses actually and necessarily incurred by him/her in connection with the defense of any pending or threatened action, suit, or proceeding, criminal or civil, to which he/she is or may be made a party by reason of being or having been such Trustee or officer, provided (a) he/she is adjudicated or determined not to have been negligent or guilty of misconduct in the performance of his/her duty to the corporation, (b) he/she is determined to have acted in good faith in which he/she reasonably believed to be the best interest of the corporation, and (c) in any matter the subject of a criminal action, suit or proceeding he/she is determined to have had no reasonable cause to believe that his/her conduct was unlawful. The determination as to (b) and (c), and in the absence of an adjudication as to (a) by a Court of competent jurisdiction, the determination as to (a) shall be made by the Trustees of the corporation acting at a meeting at which a quorum consisting of Trustees who are not parties to or threatened with any such action, suit, or proceeding is present. Any Trustee who is a party to or threatened with any such action, suit or proceeding shall not be qualified to vote and if for this reason a quorum of Trustees cannot be obtained to vote on such indemnification, no indemnification shall be made except in accordance with Division (E) (2) or (E) (3) of Section 1702.12 of the Revised Code of Ohio.

Proposed amendments to these Bylaws must be submitted to the Board of Trustees for consideration and presented to the members thirty (30) days in advance of the vote. These regulations may be repealed, amended, or changed by two-thirds of the members voting on the amendment.

About the board of trustees

Becoming a board member

Get involved with Learning Forward 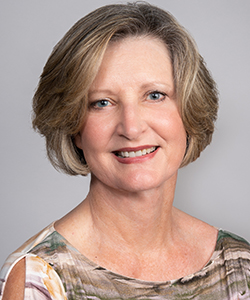