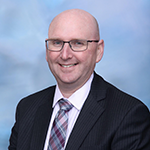 Scott Feder has had a long and distinguished career as an educational leader in the State of New Jersey for the past 26 years. Interestingly enough, his career began in South Brunswick as part of the inaugural teaching class when Indian Fields Elementary School opened in 1992. From there, Feder moved to the Monmouth Junction Elementary School where he served as the assistant principal. Shortly thereafter, the district transitioned to an upper elementary school model and Feder served as the assistant principal when that school opened its doors in 1997as UES. His career continued with 11 years as a school principal in West Orange and West Windsor-Plainsboro followed by the last eight years as superintendent in both the Rumson School District and most recently in Millstone Township.