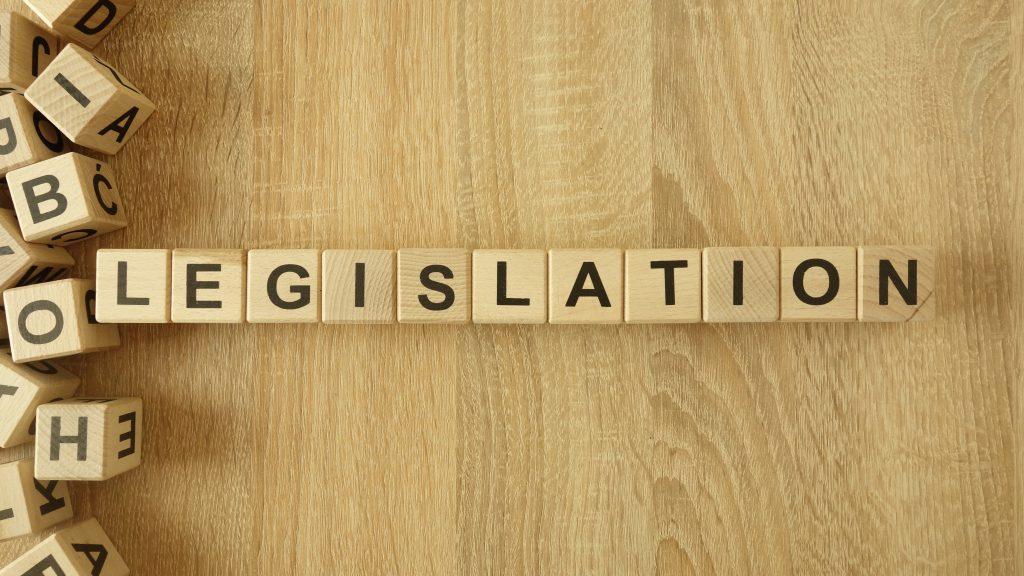 On July 28, the Senate Appropriations Committee released drafts of all 12 of its fiscal year 2023 appropriations bills, none of which have been or likely will be marked up in the regular order of the Senate Committee process. The House, however, has marked up all 12 appropriations bill and passed six of them on the floor. The House version of the Labor HHS Education bill is not among those that have been approved and it appears increasingly likely that will not occur – if at all – until September.

As expected, the Senate’s education numbers were largely less generous than those found in the House version. Significantly for Learning Forward, Title II received a strong increase of $83 million, which is $17 million below the House’s bill.

Overall, the Department of Education would receive $87.93 billion, which represents a $7.2 billion increase over fiscal year 2022’s funding level but is about $2.7 billion less than the House bill. Nearly all K-12 programs also saw less money in the Senate’s bill than they did in the House bill. Most prominently, Title I received a sizable $2.6 billion increase over FY22 in the Senate’s bill, but still comes in $400 million below the House’s figure and well short of President Biden’s request for a nearly $20 billion increase. Individuals with Disabilities Act (IDEA) lost nearly $1 billion between the Senate and the House. The other major Title programs – Title III (+$123 million), Impact Aid (+$53 million), Title IV-A (+$65 million), and CTE Grants (+$13 million) – all would receive decent increases in the Senate bill but incrementally less than in the House bill. The only real winners in the Senate compared to the House were the Charter School Program, which saw the restoration of the $40 million cut by the House, and CTE, which received a $15 million bump.

“Supporting Principals and School Leaders —The Committee recognizes that principals and school leaders are critical to both student outcomes and teacher retention. Research shows that top-performing principals generate nearly three months of additional learning for students in both reading and math annually. Research has also found that the most predictive workplace condition for teacher attrition is a lack of administrative support. At the same time, 70 percent of superintendents identified recruiting and retaining principals as a challenge, and four out of 10 principals reported plans to leave the profession in the next three years. The Committee directs the Department to issue guidance to SEAs and LEAs on the use of federal funds across various programs, including Title I–A and Title II–A of the ESEA, for implementing evidence based-strategies to recruit, prepare, support, and retain strong principals and school leaders.”

Below is a chart of key K-12 program funding levels: 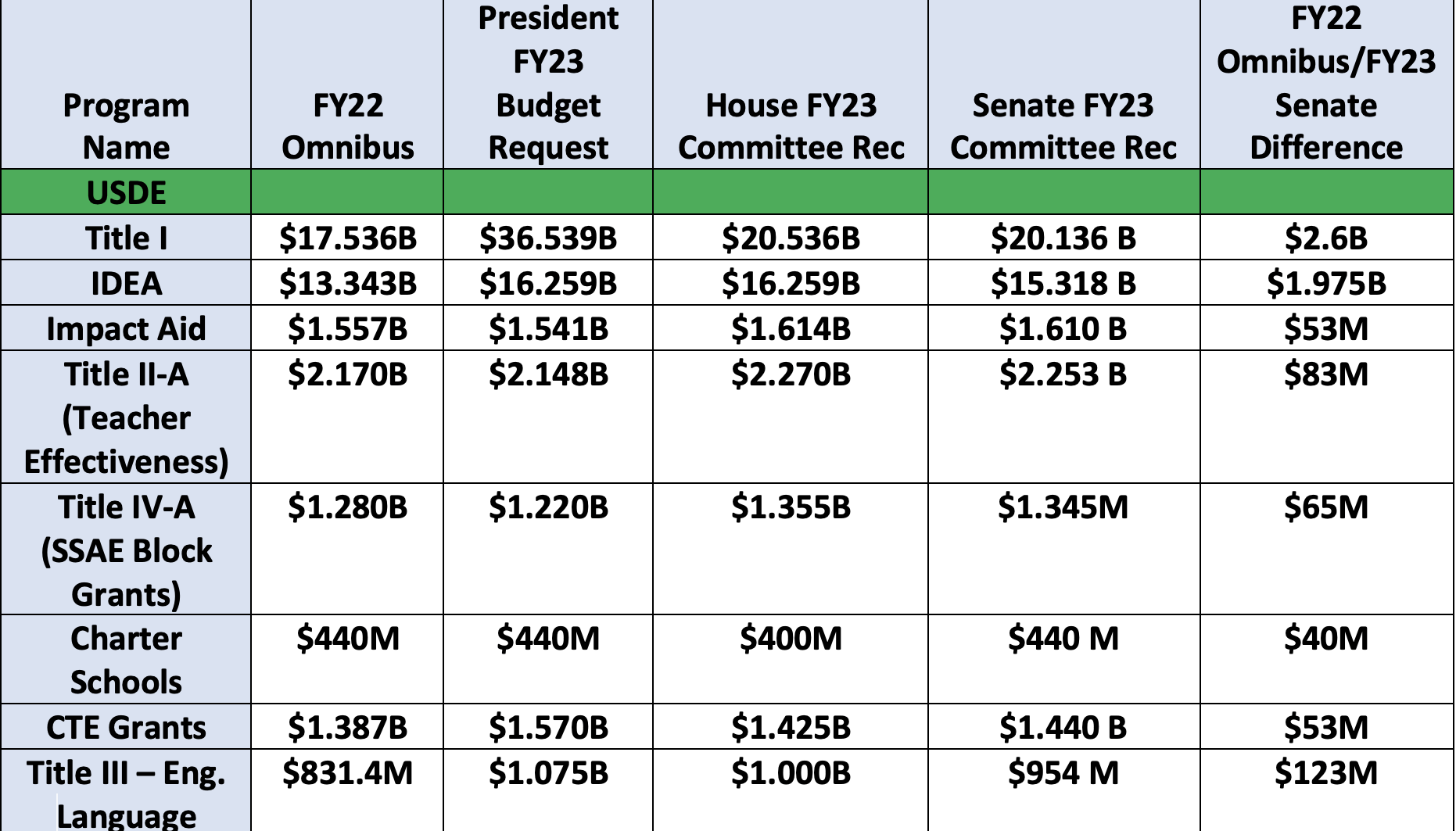