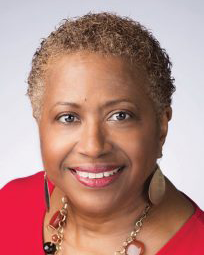 Dr. Deborah Childs-Bowen has been a friend and leader for Learning Forward for decades, as advocate and practitioner, board member and president, and senior consultant. We are incredibly saddened by her passing on Dec. 16.

Early in her service to the organization, Deborah co-chaired a network to engage regional laboratory members. Representing SERVE, she remained a staunch advocate for the then-NSDC/lab partnerships for years. She was among the writing and facilitating team that launched the School Team Summer Conference. As director of professional development for Atlanta Public Schools, she contracted for NSDC services, deepening her connection to the organization.

She was elected to the Board of Trustees in 2001 and then elected by her colleagues to serve as president of the organization in 2005. In 2010, Deborah was recognized with the NSDC Distinguished Service Award. Over the last several years she continued to advance the field as a Senior Consultant for Learning Forward. In every professional contracted and voluntary position, Deborah brought an equity lens.

Our organization and our field have lost a professional learning champion. Let us reflect on how we will each honor and preserve her legacy. 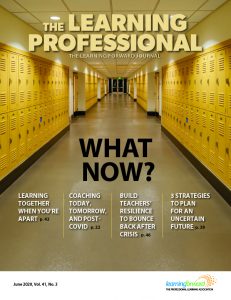