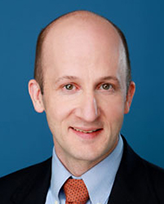 Ten years ago, I met a researcher who was proud but frustrated. His randomized controlled trial published the year before had found a positive impact on student achievement from a whole-school reform model. But he was vexed: Why don’t districts now adopt this model?

Today, that problem is relevant for teacher professional development programs. Some show clear impacts on student achievement, in randomized controlled trials. The challenge is how researchers work with districts to adopt these programs.

I’ve been working on this with colleagues and partners—including Learning Forward—for a project whose goal is ambitious: scale-up an evidence-based instructional coaching program to several school districts, without compromising its effectiveness, and sustain its use after grant support stops.

Our strategy is still unfolding but our four steps, listed below, may be useful for learning professionals facing a similar challenge.

The coaching program is called CLASS 1-on-1 Video Coaching. It used to be called MyTeachingPartner-Secondary. It’s an interesting test case: a 2011 article documented the positive impacts of the program, as did a 2015 article, but it only recently became well known.

Step 1. Create a system to monitor and support the local staff who coach the teachers.

For professional learning programs, train-the-trainer is a common strategy for scaling up. But it can be a recipe for weak, uneven implementation, especially for coaching. In fact, that might explain this pattern in the latest research review: the more teachers participating in a study of a coaching program, the lower the impact on student achievement.

I believe train-the-trainer can be effective, especially when it provides clear shared expectations and an efficient system to monitor and support faithful implementation.

Teachstone—the organization behind this coaching model—has such a system. I think the most crucial part is the regular, one-on-one calls between a Teachstone specialist and each coach. By design, the coaching generates online artifacts (e.g., video clips from teacher’s classrooms and reflective questions posed by the coach). So before each call, the Teachstone specialist goes through the artifacts from a recent instance of coaching in-depth and sees whether the coaching is happening. That lets the specialist provide the relevant and ongoing support each coach needs.

When I described how Teachstone would monitor and support the local coaches to an associate superintendent, she commented “I can see why this is going to work.”

For a district to commit to implement an unfamiliar professional development program across many schools over several years is a huge leap. But to try something on a small scale for a year or two—that’s more like dipping a toe into a pool.

Step 3. Sustain support until a credible group of staff has experience with the program.

Before a district’s leadership invests in a new program on a large scale—which is one of our goals—they will ask the teachers, coaches, and principals who participate what they think. Has the experience been positive? Is this program better than the district’s other investments in professional learning?

That’s why we fund up to three cohorts of teachers in each district. We want a reasonably large, diverse group of teachers, principals, and coaches to gain real experience with the program – not just first impressions. That allows leaders to hear about participant experiences from different perspectives, over a period of a few years.

Steps 2 and 3 give districts a sense of what the program can do for them. But it takes more to ensure a decision that’s good for the district.

To launch this step, Learning Forward convened select leaders, coaches, and teachers from each participating district for a day and a half of meetings in July. The meetings helped program participants prepare to engage others in their home district. For example, each delegation identified the program’s key features and mapped how it aligns with Learning Forward’s Standards for Professional Learning and with their district’s needs and other professional development.

In addition, delegates identified opportunities to communicate about the program internally, and challenges they are likely to encounter. With sustained support from Learning Forward, they will form a network for mutual support to help spread and sustain the program.

Looking ahead with optimism

We’re excited. AIR, Learning Forward, and Teachstone each have long advocated for professional learning that is evidence-based. Now we can capitalize on evidence from evaluations showing positive impacts. This hard work is likely to generate many lessons to share with others doing the same.

For more information on the instructional coaching program and the research behind it, see:

The project has been underway since 2017 with support from an Education Innovation and Research grant from the U.S. Department of Education. There are still slots for districts who want to try the instructional coaching program for two years, starting in summer 2020.

The coaching is designed to help middle and high school teachers boost student engagement, based on research on the classroom interactions that motivate adolescents. It’s a good fit for districts that have decided to explore new coaching supports for their secondary teachers, as an alternative or supplement to content-focused coaching in math or English Language Arts (ELA). The requires about 20 hours of a teacher’s time each year, and begins with a half-day orientation.

To be eligible for the remaining project slots, a district needs to have middle and high schools considered high-poverty with a combined total of 10-40 teachers across math and ELA. The number of coaches will depend on the number of participating teachers. For more information, contact Marlene Darwin at mdarwin@air.org.

Andrew J. Wayne (AWayne@air.org) is a Managing Researcher at the American Institutes for Research, leading projects that build and use evidence to improve educator learning and effectiveness. 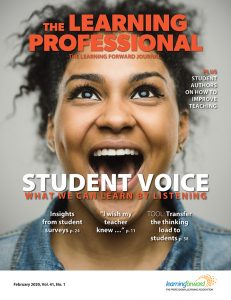