As a consultant and coach, I do a lot of my best thinking in the car or on the plane. I found myself doing just that a week ago, when I tuned into National Public Radio’s morning show. The moderator mentioned that playwrights often use a technique to hook their audiences. Simply put, they draw people into their plays by breaking a ritual or custom and letting the characters wrestle with the conflict that it produces. In the world of theater, this creates the “edge” that forms memories from the play or musical. Thus, in the theater, breaking the ritual is a good thing and it produces the intended result . . . drama and memories.

I found myself thinking about the notion of breaking a ritual to create conflict and drama for the audience and how we implement changes in our schools. In essence, as leaders of change, I wish we would break the ritual more often! Yet, for us, breaking the ritual would have the opposite effect on our audience – it would, instead, reduce the drama that our good educators often feel!

Our usual school improvement ritual typically involves several predictable and ultimately failed steps. Across the country, as new innovations are being introduced in the name of change, we:

There you have it. That, in a nutshell, is the ritual that creates unintended drama for our teachers, leaders, parents, and ultimately, students. The drama that we create by keeping this ritual, however, doesn’t draw our audience into the work. Instead, it alienates people to the change, creates a crisis of confidence, and infects people with the feeling that all change efforts will eventually result in next to nothing. In effect, this ritual does indeed create drama, but not the kind we want for lasting support of the work.

Three ways to break the ritual

I don’t know about you, but I’m ready to break that ritual. To do that, we need several changes, which include:

a) A focus on long-term implementation and troubleshooting;
b) Support of the emotional side of change as well as the technical side; and
c) Beautifully and artfully designed professional learning for the adults along the way, giving them just what they need at critical junctures in the change journey.

I love the theater, but the ritual that I see too often leads to drama I can do without. I’m ready to do the opposite of playwrights. Let’s break our predictable ritual, so we can create less drama and do the work we need to do for our great educators and students.

How the Transformation Toolkit can make your conference learning stick 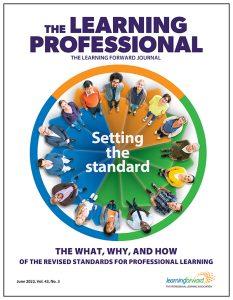